So I've been designing / building this thing off and on for about a year now (mainly off haha). New PCBs arrived the other day, this thing is up to v1.4 (me making stupid errors on the boards and also not understanding how the particular attiny85 module works). I made it all fit today and just wrote the code for it. 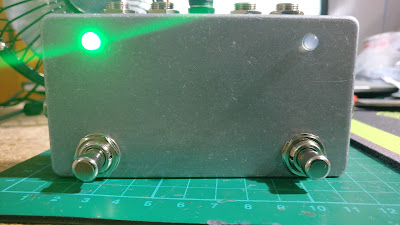 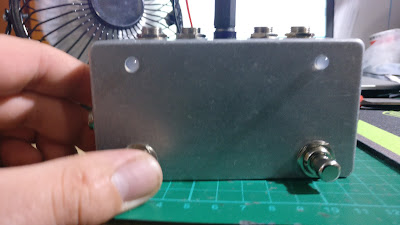 This is built on a digispark attiny85 module. It's using Neopixel LEDs so it only needs 1 data pin for full RGB LEDs. The code is written in the Arduino IDE after installing all the necessary digispark drivers etc.

This came about more as a testing rig thing for my test board (quickly switch between pedals to compare A to B ). What do you reckon about the cyan and magenta LEDs? Took a bit of fiddling with values to get them looking nice. 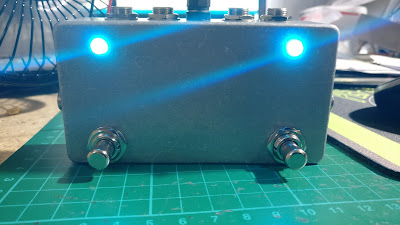 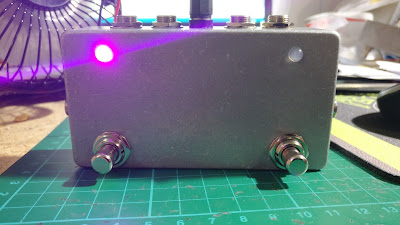